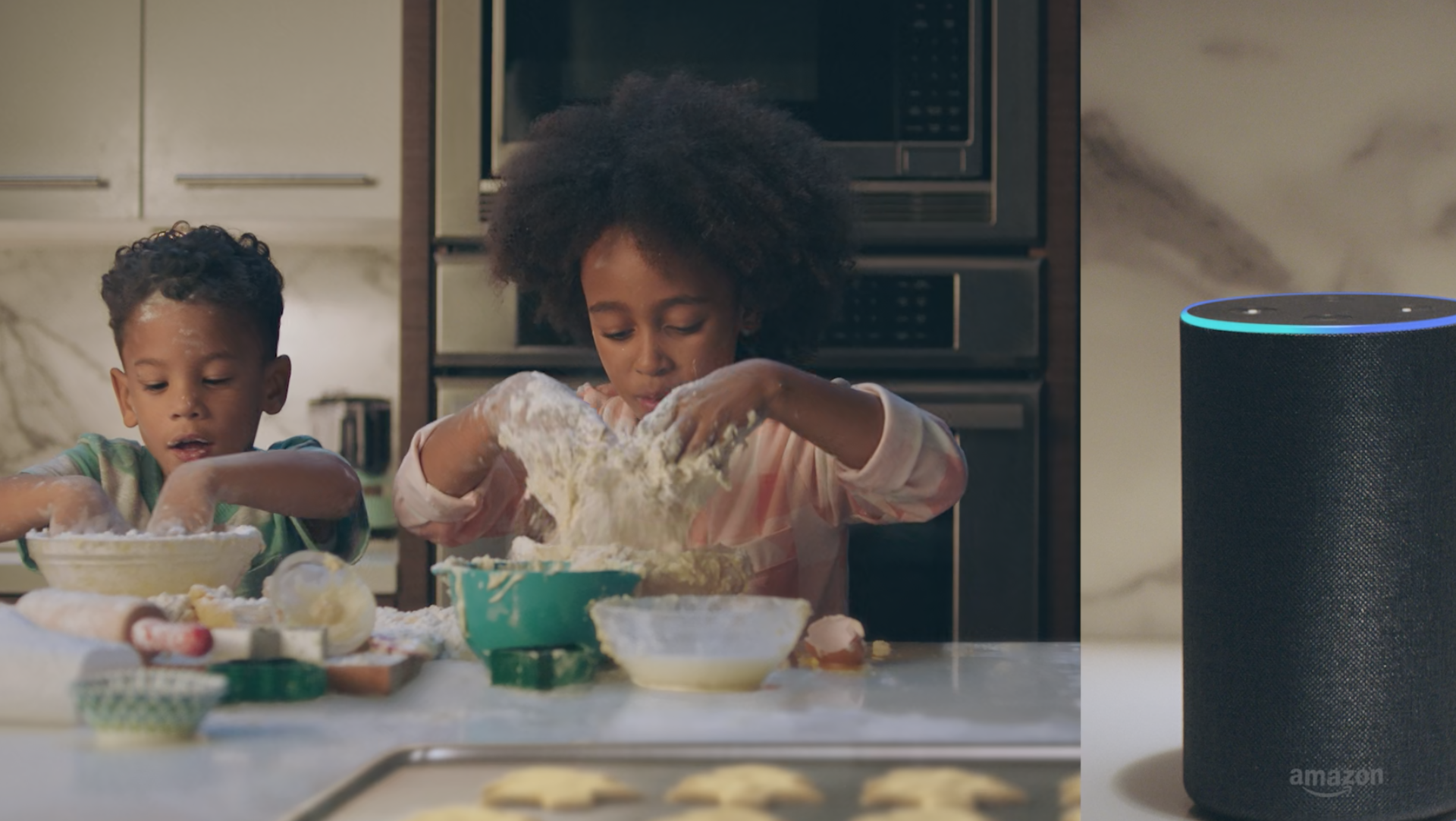 ‘Where’s Santa Now?’ the cute kid asks Alexa. According to Alexa he’s currently flying over Boston! You really feel these kids’ excitement as they speed up their cookie-making in preparation for Santa’s arrival.

The Casting Brief was for Mark Summers Casting to find comic child actors that could perform in both British and American accents. We cast this widely in the UK, and it was filmed in Canada.